The Radical Edge: Buddhism and Consumerism 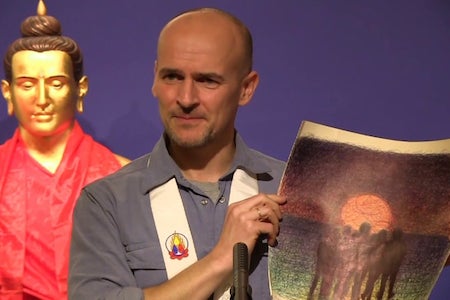 As Buddhism becomes more popular in the West, is it in danger of being co-opted by 21st century consumerism? Are Western Buddhists really living the Buddha’s teaching, or simply following a trendy fad?

Inspired by David Loy’s Money, Sex, War, Karma, Dh. Vadhaka’s ideas about neo-liberal cap­it­al­ism, and personal concerns about the com­modi­fic­a­tion and sec­u­lar­isa­tion of mind­ful­ness as a near enemy of the Dharma, Arthavadin asks these pro­voc­at­ive questions in a talk at Manchester Buddhist Centre’s Triratna Night, 5th January 2015.