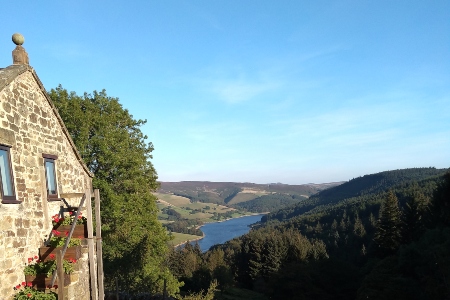 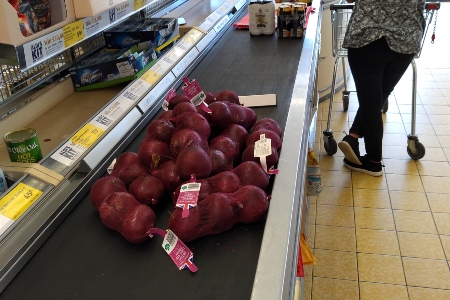 Kevin Statham recently attended the Men’s Sangha Weekend Retreat, at Lockerbrook in Derbyshire.  Here’s what he had to say about it:

This is a strange title for my report of the men’s Sangha Retreat, but there is a good reason for it. And the title is perhaps not as strange as the official one: “A case of dysentery”. Don’t worry, all this will make sense as you read on.

As sometimes happens, I was feeling a bit tired before the retreat and felt some resistance to going. I was on reception duty on the Friday morning, so could witness the many preparations needed to make a retreat go smoothly. The food arriving; the loading of the van; the rush to try and find an angle poise lamp etc.

Just before I left, I got a call from Dan (our wonderfully organised kitchen manager) saying, “the delivery guy forgot the onions!”. I was, therefore, charged with buying them on the way over to the retreat. It’s a strange feeling queuing at Aldi with 46 red onions and nothing else. I said to the man on the till, “Well I like onions” and think I got away with it.

When we arrived, I was shocked at how beautiful it was around Lockerbrook Retreat Centre. I have an image in my mind of the rows of retreatants on Friday evening, looking in wonder down the valley to the reservoir, surrounded by trees, with the sun setting – each with the obligatory brew in hand

From the opening ceremony onwards, I felt a huge amount of gratitude for the opportunity to be with my friends in the Sangha. There were no snorers in my room – what a relief – although my pillow was slightly too thin.

On Saturday and Sunday, we rose early to meditate together before breakfast. Later that morning we listened to a talk by Sangharakshita on the Kucchivikara-vatthu sutta. In this sutta, the Buddha criticises a group of monks who don’t look after one of their fellow monks, who is ill with dysentery: they feel that as he is ill, he is now useless. The Buddha and his attendant, Ananda, therefore, look after this sick monk. The Buddha then gives a teaching to the monks about how important it is that they look after one another, saying:

I really appreciated Sangharakshita’s wisdom and clarity when he was talking about the sutta. For me, the talk raised some interesting points for reflection. In particular, it caused me to ask myself whether I relate to other people in a utilitarian way. Am I interested in others because I feel that I can get something from them? If I do, could I relate to others in a different way? Could I take delight, enjoy and appreciate others for who they are, rather than what they can do for me? I feel like I will be reflecting on these questions for some time.

We had some free time on Saturday afternoon. The sun was shining, and I found the perfect place to have a siesta under a lovely shady tree. I get the feeling I wasn’t the only one to sneak off for a quiet nap. Maybe sleep is something we don’t get enough of in the modern world.

Sunday morning was taken up with two talks from Chandana and Peter Sixsmith about their experiences of people in the Sangha helping them. I found it very touching to hear of the ways that people in our Buddhist community look after one another.

Unfortunately, I had to leave the retreat shortly after this, as it was my 35th wedding anniversary and I wanted to spend the afternoon with my wife. So, after a fond farewell, I drove down the ridiculously long track to Lockerbrook and headed back to reality (or is it the other way around?).

I really enjoyed the retreat, despite my initial reservations. In particular, I want to thank Vishangka, who led the retreat; Dan, our Kitchen Manager; and Mike, who acted as organiser. I also want to thank all those other people who helped to ensure that the retreat ran smoothly. Working at the Centre, I get a peek into how much work goes into setting up and running a retreat: it’s a lot! The theme of the retreat was about people helping one another and I feel that the spirit of that message is really communicated by the way in which people came together to make the retreat happen”