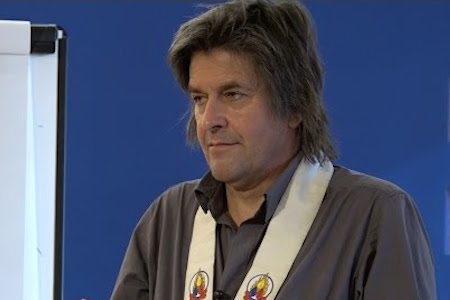 Mahabodhi introduces Reginald Ray’s Threefold Model In the first of a 2010 series of talks on the theme of Work as Spiritual Practice,

Based on Ray’s book, Buddhist Saints in India, this is a framework to consider the spiritual benefits and challenges of three roles or lifestyles within Buddhism:

According to Ray, each plays a crucial role in the health of the Sangha. After exploring the different lifestyles, Mahabodhi talks about his experiences as the ‘retreatant’ writer.

Talk given on 6th September 2010 at Manchester Buddhist Centre as part of a Sangha Night series.